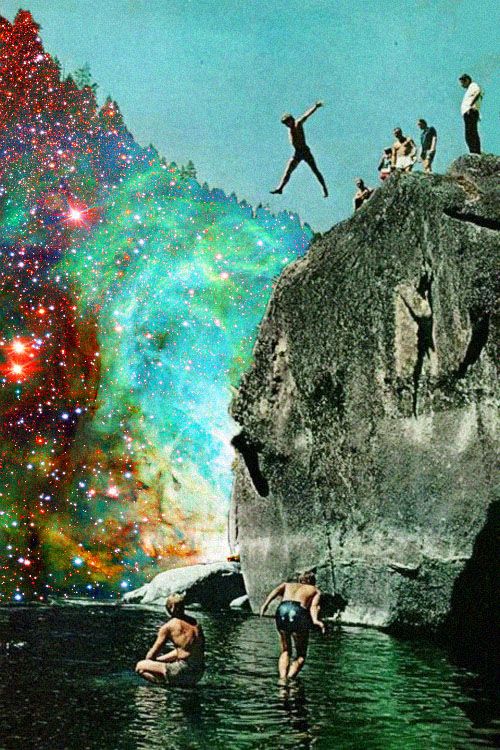 Dreams live in the stratosphere high up in the clouds. They are free and are hanging around like low lying fruit just aching to be taken. They are seldom realistic but in reality real life is littered with unrealistic realities coming to fruition.

I have been listening to some Alan Watts talks, the one that’s been prominent in my mind is in which he proposes the “what if?”. What if one could compose 70 year lifespan into a night of dreaming? Dreaming dreams one could control; every night a different dream.  At first we would do all the things we ever wanted and then after we’d get bored with that–we’d go onto adventures, getting more risky and dangerous knowing it was all a dream after all. We would seek even greater thrills to the point that we’d make ourselves forget were even dreaming. We’d keep changing the odds and randomness until we arrive at the life we are living now.

This concept intrigues me, it seems so simple,  I can almost feel it just beyond the mind’s eye waiting out in plain sight for me to discover it. I have decided to run with this notion and become its fair-weather friend for as long as it serves me.

I have allowed the winds of fate to lead me around these last couple months. It has been an interesting ride, riddled with cute nuances, funny innuendos and interesting deja-vu.

After all we could be part of a cast of characters running rampant inside a shared lucid dream.

I have heard much conjecture on the subject in the worlds of science, philosophy and spirituality among others; what is reality anyway?

Some say nothing matters and reality is but a series of electrical impulses conjured by our brains.  Elon Musk and others, including astrophysicist Neil deGrasse Tyson, believe that there is a significant chance that our world is just an elaborate simulation created by an advanced civilization and that all we are our bits of data encoded on some giant quantum computer.

Some say we are pure spirit and we come from a far off place and will return there someday. I have attached myself to the idea that we are all just drops of water in a sea of infinite vibrations swirling over eddys and through currents.

These ideas however intangible are making more and more sense to me in the tangible world that seems so damn unreal. At this point I am ready to believe anything. And so I go on faith and hope and a certain expectation that things will turn out alright in the end. I found it’s better to go with the flow if you can,  but still keep an eye out for rocks.

Getting back to the lucid dreaming and the subjective reality. I have decided in true Aspie fashion to take the whole thing literally and just go with it.

Why not? I have tried the dour realistic reality for far too and in reality its a drag. 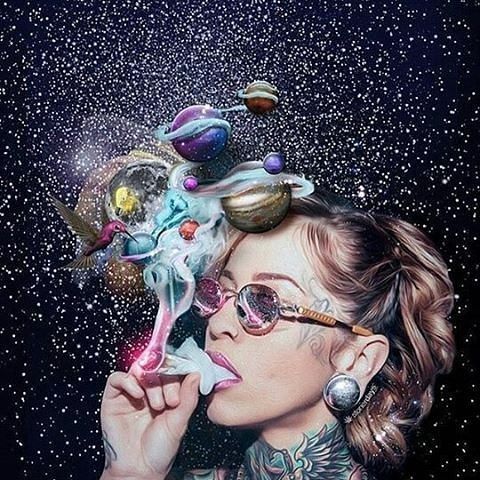 Reality is merely an illusion, albeit a very persistent one.

I can imagine myself lying there dreaming about myself pounding away on this keyboard. I consider this current “dream”. The back door is open slightly letting the fresh air and light in. I can hear the sounds of birds and I am content, a purring cat to the right side of me and a cup of warm jasmine tea to my left. I have hope in my heart and love in my soul; ready to just pour out.

And I think: Hey this is not so bad…

(....Alan Watts laughs at me from the ugly couch at the far end of the room…)

and have sweet dreams…

“Reality doesn’t impress me. I only believe in intoxication, in ecstasy, and when ordinary life shackles me, I escape, one way or another. No more walls.”
~Anaïs Nin

“No live organism can continue for long to exist sanely under conditions of absolute reality.”
― Shirley Jackson

What about when we die we wake up–Alan Watts

Are We Living in a Computer Simulation? Elon Musk Thinks So.

Are We Living in a Computer Simulation? (Scientificamerican.com)

8 thoughts on “Reality is expensive but dreams are free”