I have been watching with more than just a casual interest, the events unfolding in the streets of many cities across the United States.

It has been building for some time but this public vein has only just opened up recently, about three weeks or so ago, in New York City.

The Occupy Wall Street movement started there but it has spread like wildfire, now to my city as well as many others.  I’ve never  witnessed such a formation of people happen in such this way before.

I have heard many opinions on the phenomena, from television pundits, to neighbors and friends to the crackpots on the street corner.  Everyone has a take on it and everyone has it right on the money.  Again this is new to me, all this agreement.

We have much in common; We the people, We angry 99%.  The American dream, that long gone ideal that’s been shoved down our throats now seems like an impossibility. Our whole way of life is threatened and it’s like nothing will ever be the same.  We are on the losing end of a golden age and we can all feel it.

We elected him. As we have elected all the rest of them.  It is hard to swallow, but in that aspect we deserve them.  It is our system that elects those with the best sound bites and the most money.  It is the system we must change.

Marching will only get us so far, we all know.. but what else can we do?  We the People are at a crossroads and the stakes couldn’t be higher.

I see it in the faces, the desperate faces from all walks of life, marching in solidarity. this is a powerful thing, this unity.  Knowing you are not the only one effected by all this decline, this decay. In this way I think that all the marching has been good for the collective national soul.

This movement is in its infancy and without leadership it may die a premature death.    Never before have I witnessed such potential power in a group of people.

It is a shame that this power has no leadership.  We are in search for a leader once again, We are searching for someone to represent us, to speak for us; We The People, and not just the 99% but all 100%.

I don’t know how this all will play out.  Only time will tell…..

…and that reminds me of this quote:

“Waste no time with revolutions that do not remove the causes of your complaints but simply change the faces of those in charge.” 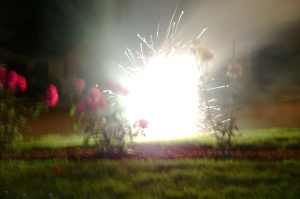 For more revolutionary quotes; go to my FRESH QUOTES page

15 thoughts on “We the People”